Do You Know How Powerful Turmeric Is? Find Out Here 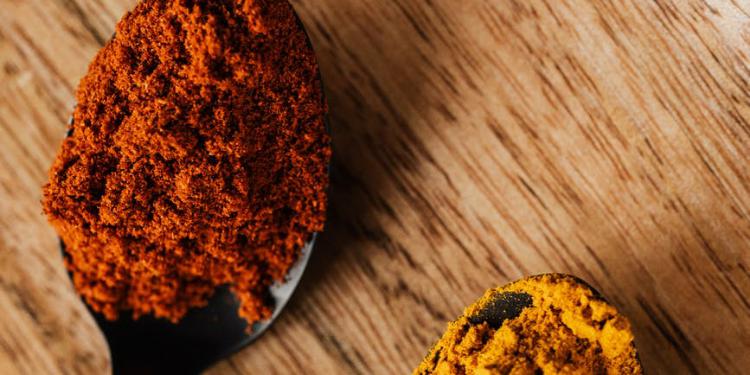 Turmeric is a yellow spice that is used a great deal in Indian cuisine. Its history of use in India and China spans hundreds of years and these cultures have been received their many health benefits without even realizing just powerful it was.

In recent decades researchers discovered just how wonderful this culinary spice really is.

They learned that turmeric contains an active ingredient called curcumin that harbors both antioxidant and anti-inflammatory properties.

Antioxidants, as we all know, play an important role in helping prevent free radicals from damaging our body’s cells.

Our bodies are designed to fight this inflammation via our immune system…but in the process may become overburdened and, therefore, weakened from battling the constant free radical-induced inflammation.

This is one of the best health benefits of turmeric because as both an antioxidant and anti-inflammatory it may aid our immune system indirectly.

Also, if you have arthritis, you may be reading more about the turmeric arthritis connection.

Because of its anti-inflammatory properties, studies are now suggesting that turmeric may help with arthritis because arthritis is characterized by painful inflammation of the joints.

Other than turmeric arthritis, curcumin, the active ingredient, is believed to help with Alzheimer’s because of its anti-inflammatory properties.

In fact, Alzheimer’s is a lot rarer in India than it is in the United States, and turmeric is used a lot in their curry cooking.

Research has shown that in some towns and villages in India where turmeric use is especially high, there are almost no cases of Alzheimer’s.

Keep in mind that this is merely a correlation at this point. Nobody knows yet whether turmeric helps prevent Alzheimer’s…but the preliminary evidence so far is promising.

Another condition that turmeric is being used for is psoriasis, which is a scaly, painful, and unsightly skin condition. Again, psoriasis is a condition characterized by inflammation….and turmeric’s anti-inflammatory properties may be key in helping counter it.

Other studies have shown that turmeric may help lower cholesterol and have heart-healthy benefits. It may reduce platelets from clumping together, which may help guard against atherosclerosis and improve blood circulation.

It is now also being studied for a possible role in protecting against certain types of cancer, such as skin cancer and breast cancer.

In our opinion, turmeric’s potent anti-inflammatory properties may be the reason the health benefits of turmeric extend so widely.

So, the next time you stay in to cook an ethnic dish, try adding some tasty and healthy turmeric.