How to Recover from A Disastrous First Date 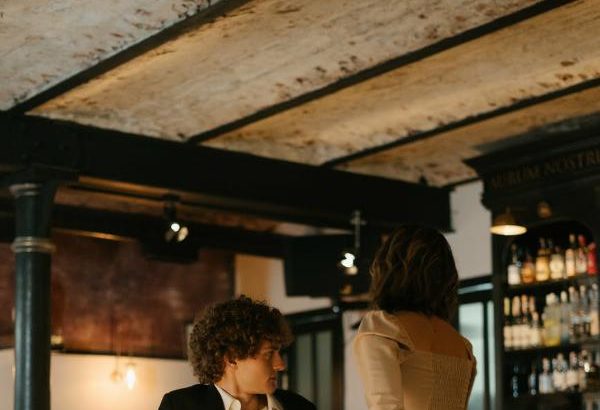 You know the feeling. You close the door behind you and let out a big sigh. It didn’t go well. In fact, it was a disaster.

First dates are stressful even when everything goes right. When you or the other person messes up, a couple of hours can seem like an eternity. But after the date is over, what you do next can etch the bad experience into your mind or help you overcome it. Here are some things you can do to recover from a disastrous first date.

Most of us, when under stress, do things we wouldn’t normally do. If you talked too much–or not enough–if you laughed too much, if you overreacted to some statement, or if you behaved in a way that was out of character for you, don’t beat yourself up. We’re often harder on ourselves than we would be on another person. Show some compassion toward yourself. Acknowledge that you did the best you could under the circumstances. Admit that it’s natural to feel nervous on a first date. Remember that nobody is perfect, and if you didn’t act like you should have, it isn’t the end of the world. Be kind to yourself by not falling into the self-punishment trap. It’s important to recognize that negative reaction and cut it off as quickly as possible. If you can’t seem to be objective about it, talk it over with a trusted friend.

2. Forgive the other person.

If you’re a decent judge of character, you can usually tell when someone was motivated by nervousness or lack of confidence. Just as you shouldn’t be too hard on yourself, you shouldn’t beat up the other person either. By taking for granted that first dates usually don’t go well, you take a big step forward in emotional maturity. Some people approach first dates with the idea that they’re something to get over with and put in the past. The anxiety of trying to impress the other person frequently causes something to go wrong. Unless the other person was abusive or rude, they deserve a second chance.

If you did something awkward or that warrants an apology, sending flowers is a polite thing to do. And yes, men love to receive flowers! But be prepared if the other person doesn’t wish to see you again, then don’t pester them. The unwanted pursuit of another person is stalking. No matter how much you like the other person or are attracted to them, stop it. You’ll only embarrass yourself or get in trouble with the law.

See yourself as a worthwhile, attractive person. You have many good qualities, and just because this person didn’t recognize them, that doesn’t mean there isn’t someone else out there who can. If the other person doesn’t want to see you again, they represent only their opinion, not everyone’s of the opposite sex. A person who believes in himself or herself exudes an attractiveness that can’t be faked.

You are a work-in-progress. Wisdom is the sum of knowledge and experience, so take those two and figure out what you can learn from that first date. We all make mistakes, but if we’re wise, we won’t make the same mistake twice. Make up your mind to do things differently the next time, or if you weren’t to blame, decide not to feel guilty when things don’t work out. You deserve someone who will appreciate you for who you really are. Resolve, above everything else, to be kind, honest, and authentic. Eventually, you’ll meet someone with those same qualities, and that’s when the real fun begins!