Narcissism And Personality Disorders: What You Should Know 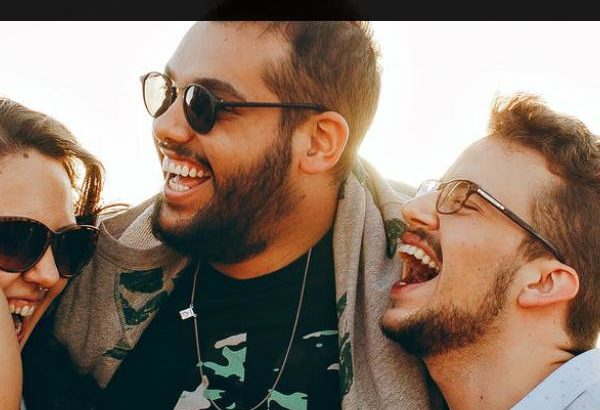 Are all personality disorders the outcomes of frustrated narcissism? This is a rational question, but to provide a more insightful and comprehensive, answer, there are other things to consider as well.

During our formative years (6 months to 6 years old), we are all “narcissists”. Primary Narcissism is a useful and critically important defense mechanism. As the infant separates from his mother and becomes an individual, it is likely to experience great apprehension, fear, and pain. Narcissism shields the child from these negative emotions. By pretending to be omnipotent, the toddler fends off the profound feelings of isolation, unease, pending doom, and helplessness that are attendant on the individuation-separation phase of personal development.

Well into early adolescence, the empathic support of parents, caregivers, role models, authority figures, and peers is indispensable to the evolution of a stable sense of self-worth, self-esteem, and self-confidence. Traumas and abuse, smothering and doting, and the constant breach of emerging boundaries yield the entrenchment of rigid adult narcissistic defenses.

In my book “Malignant Self Love — Narcissism Revisited”, I defined pathological narcissism thus:

“Secondary or pathological narcissism is a pattern of thinking and behaving in adolescence and adulthood, which involves infatuation and obsession with one’s self to the exclusion of others. It manifests in the chronic pursuit of personal gratification and attention (narcissistic supply), in social dominance and personal ambition, bragging, insensitivity to others, lack of empathy, and/or excessive dependence on others to meet his/her responsibilities in daily living and thinking. Pathological narcissism is at the core of the narcissistic personality disorder.”

What happens when such an individual faces disappointments, setbacks, failures, criticism, and disillusionment?

They “resolve” these recurrent frustrations by developing personality disorders.

The Narcissistic Solution — The patient creates and projects an omnipotent, omniscient, and omnipresent False Self that largely replaces and represses the discredited and dilapidated True Self. He uses the False Self to garner narcissistic supply (attention, both positive and negative) and thus support his inflated fantasies. Both the Narcissistic and the Schizotypal Personality Disorders belong here because both involve grandiose, fantastic, and magical thinking. When the narcissistic solution fails, we have Borderline Personality Disorder (BPD). The Borderline patient’s awareness that the solution that she had opted for is “not working” generates in her an overwhelming separation anxiety (fear of abandonment), and identity disturbance, affective and emotional ability, suicidal ideation, and suicidal action, chronic feelings of emptiness, rage attacks, and transient (stress-related) paranoid ideation.

The Appropriation Solution — This solution involves the appropriation of someone else’s imagined (and, therefore, confabulated and false) self instead of one’s dysfunctional True Self. Such people live vicariously, through others, and by proxy. Consider the Histrionic Personality Disorder. Histrionics sexualize and objectify others and then internalize (interject) them. Lacking an inner reality (True Self) they over-rate and over-emphasize their bodies. Histrionics and other “appropriators” misjudge the intimacy of their faux relationships and the degree of commitment involved. They are easily suggestible and their senses of self and self-worth shift and fluctuate with input from the outside (narcissistic supply). Another example of this type of solution is the Dependent Personality Disorder (codependents). Manipulative mothers who “sacrifice” their lives for their children, “drama queens”, and people with factitious disorders (for instance, Munchausen Syndrome) also belong to this category.

The Schizoid Solution — Sometimes the emergence of the False Self is stunted or disrupted. The True Self remains immature and dysfunctional but it is not replaced by a functioning narcissistic defense mechanism. Such patients are mental zombies, trapped forever in the no man’s land between infancy and adulthood. They lack empathy, their psychosexual life is impoverished, they prefer to avoid contact with others, and withdraw from the world. The Schizotypal Personality Disorder is a mixture of the narcissistic and schizoid solutions. The Avoidant Personality Disorder is a close kin.

In my book “Malignant Self Love — Narcissism Revisited”, I described the Aggressive Destructive Solution thus:

The Aggressive Destructive Solution — These people suffer from hypochondriasis, depression, suicidal ideation, dysphoria, anhedonia, compulsions and obsessions, and other expressions of internalized and transformed aggression directed at a self which is perceived to be inadequate, guilty, disappointing, and worthy of nothing but elimination. Many of the narcissistic elements are present in an exaggerated form. Lack of empathy becomes reckless disregard for others, irritability, deceitfulness, and criminal violence. Undulating self-esteem is transformed into impulsiveness and failure to plan ahead. Antisocial Personality Disorder is a prime example of this solution, whose essence is: the total control of a False Self, without the mitigating presence of a shred of True Self.

I tend to believe that malignant self-love underlies all known personality disorders. Granted, different attributes and traits are emphasized in each personality disorder. But they all share the foundation of a failed personal psychological and psychosocial evolution. They are all the lamentable end results of stunted and compensatory trajectories of deformed growth and development.