The Beautiful Cities of Germany Described: Vacation Areas for You 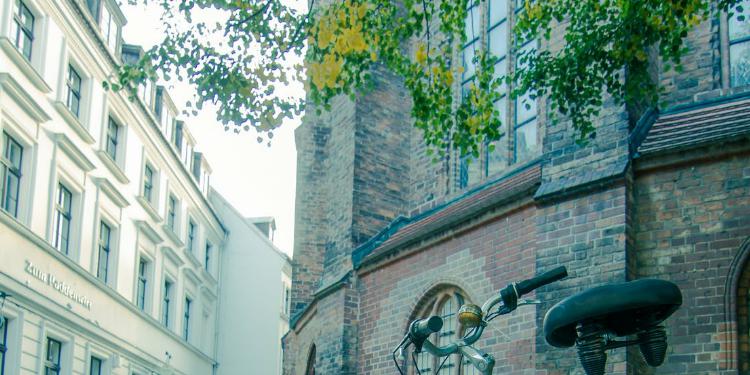 Germany has a lot to offer the visitor from fashionable cities to quaint villages and castles. There are concerts, opera and ballets, and a broad array of outdoor activities such as hiking, cycling, and swimming, along with skiing in the winter. And for those long evenings, a host of beer gardens and cafés await.

Today Berlin is a creative, dynamic place to visit with museums, theatres, many bars, clubs, and restaurants. A city that was at the grim heart of 20th-century European history, the Berlin of today has a tendency not to take itself too seriously.

To reach Berlin by air, you will probably have to make a connection through Amsterdam or Frankfurt. Not many direct flights arrive in the city. The Train service in Germany is extremely efficient, you can get to Berlin from other European countries this way. The bus is also an option.

The city itself has an underground system to help you get around, it is also cycle and pedestrian-friendly. The East part of the city is served by a tram.

Berlin winter is between November and March and can be cold below zero. Throughout the rest of the year, rain is often a possibility.

The internet can offer some of the best information on the cost, range, and location of hotels in Berlin.

*February brings the world’s second-largest Film Festival to Berlin known as the Berlinale.

*10 days of festival fun with concerts and operas take place in April for Fest.

*As Christmas approaches the city opens markets throughout the city in November.

Munich creates images of lederhosen and beer, but this is a very incomplete picture. The city is sophisticated and has many cultural attractions including art galleries and museums.

European flights are served by the Franz-Josef-Strauss Flughafen in Munich. From further afield you need to make a connection with Frankfurt airport. The train also serves many European cities.

The city is served by buses and underground trains, which make it easy to get around. Munich is also a cycle-friendly city.

You can catch some Munich sunshine during the months of April – May and also September – October. The coldest time of the year is between November and March.

The internet can offer some of the best information on the cost, range, and location of hotels in Munich.

*The end of Lent is marked by Starkbierzeit, with strong brews consumed.

*The Munich Film Festival is held in June.

*Strangely, in September, you can enjoy the world’s best beer festival Oktoberfest.

Frankfurt is not as formal and business-like as you might imagine. The city loves art and has many attractions at its museums. And its spectacular skyline is a work of art in itself. What’s more, Frankfurt is Germany’s most cosmopolitan city which adds to its pizzazz.

Frankfurt can easily be reached from all over Europe and beyond with its major airport and train station. The bus is also an option as Frankfurt links with many major cities.

Like most other German cities, Frankfurt has excellent public transport, you are spoilt for choice, which is fortunate as walking is not really an option in the city.

However, there are plenty of bicycle lanes for the cyclist.

Winter here is very cold and often has storms. For the best months come to Frankfurt between June and August.

The internet can offer some of the best information on the cost, range, and location of hotels in Frankfurt.

*There are parades held before Lent, the Fastnacht parades take place in February.

*The International Music Trade Fair is held in March.

*You can enjoy Frankfurts famous apple wine all summer with many events being held throughout the city.

*Art and music lovers can enjoy the July riverside with the Museumsuferfest exhibitions.