Here’s a Quick Way to Attract Hummingbirds to Your Garden 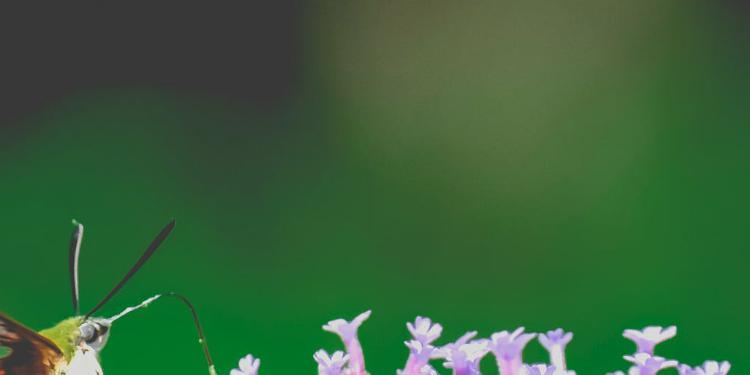 Visualize watching a bright green hummingbird in your garden moving from flower to flower in search of the tasty nectar within. These beautiful and tiny birds weigh about 2 to 20 grams and are found in a wide variety of environments from the high Andes to lowlands, and from dry desert areas to rainforests. They have slender beaks, extensible tongues, ten primary feathers, and tiny feet suitable for perching but not walking.

Hummingbirds can fly straight up, straight down, backward, left, right, and even upside down. While most birds obtain their flight strength only from the downstroke, hummingbirds have power on the upstroke as well.

Most hummingbirds flap their wings about fifty times a second and have a very fast heartbeat and high body temperature. They feed every ten minutes or so throughout the day and typically consume two-thirds of their body weight in a single day. Their source of nutrition is primarily nectar from flowers, as well as sources of protein from insects and tiny spiders.

The key to attracting hummingbirds to your garden mainly consists of the right type of flowers and places where they can perch and rest during the day, such as trees or large plants. Hummingbirds are guided by visual means and are particularly attracted to certain shades of red. According to The Hummingbird Society, there are several possible explanations for their preference of red blossoms. Given that insects also see nectar, they can be regarded as competitors. Nearly all insects see well in the visible and near-ultraviolet light but poorly in the red end of the spectrum. Also, a red blossom may appear nearly black and unattractive to a number of insects, but not to the hummingbird, which can see the full visible spectrum but also some in the ultraviolet. This makes it less likely that an insect has taken nectar from a red flower. Another likely explanation is that during migration, red blossoms effectively contrast with a green environment more than other colored flowers do.

Hummingbirds are welcomed guests to nearly all gardens. By planting flowering shrubs and plants that are their favored food source, we can easily attract them to become regular visitors to our gardens. Below is a shortlist of their preferred flowering plants by common name, separated by region:

Lily of the Nile

Even though flowers are the natural means to attract hummingbirds to your garden, man-made feeders filled with a mixture of water and sugar (sucrose) are an essential alternative. Sugar, whether from a flower or a feeder, is a necessary nutrient in a hummingbird’s diet. Tests have shown that hummingbirds favor sucrose in flower nectar more than other sugars such as fructose and glucose. Therefore, with the proper ratio of ingredients, your feeder becomes a good substitute for the flowers that hummingbirds like best.

If one of your goals is to attract hummingbirds to your garden, a visit to your local nursery is a great starting point. Find an experienced employee who can tell you which species of plants grow well in your area and have a history of successfully attracting hummingbirds. Most importantly, be imaginative and have fun planting and growing your garden to attract beautiful hummingbirds.