How Saucy Do You Get 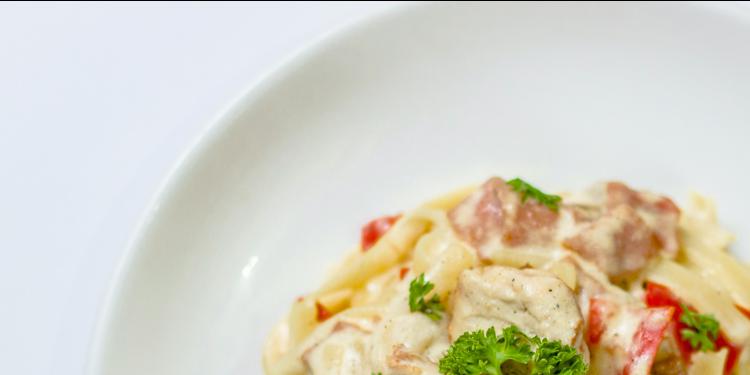 More pasta or more sauce? That is the question.

Batali claims that the sauce should be treated as a condiment to pasta, and should not interfere with the pasta itself. “What you want to eat when you eat a bowl of pasta is pasta,” he says defending Italy’s way of serving pasta and criticizing the American way as “overdressed.”

On the contrary, Bittman’s recent health finds have spurred him to treat the sauce as the main event and the pasta as, well, an afterthought. He claims that the dangers of eating pasta are just as bad as eating a piece of white bread, or biscotti.

But, while many people stand on both sides of this issue, the debate can really go nowhere if you don’t consider what type of pasta sauce you’re using. There are countless varieties of homemade as well as purchasable sauces out there, ranging quite widely in nutritional value. The following is a basic guide to the types of sauces people use on their pasta, and which you should pile on (if you so desire), according to the Bittman point of view.

Made from parmesan cheese, butter, and heavy cream, this sauce is most traditionally served with Fettucine. This sauce originated in Rome, where American tourists would enjoy restauranteur Alfredo di Lelio’s creation. A heavy and very fatty sauce, this would not be a choice Mark Bittman would back when encouraging the more sauce-to-pasta ratio.

Traditionally, vodka sauce is made from heavy cream, crushed tomatoes, and garlic powder. Some add sausage to the mixture, but overall this is also seen as a heavy sauce. The most common pasta dish to use this sauce is penne a la vodka. Origins of the dish have been disputed with some claiming it was invented in Bologna, Italy, and others retorting Naples was its original home. Bittman scale says: not the sauce I’m talking about!

Self-explanatory, meat sauce is generally a ground beef, turkey, or pork cooked with some kind of tomato counterpart. Some mix ground meat with an already made tomato pasta sauce to add texture and extra protein to their pasta dishes. Adding meat, however, can also add a pile of grease to your sauce, which means Bittman stays away from such meat sauces when piling it on.

Having originated in Genoa, Italy, this sauce is made from a combination of basil, salt pine nuts, and garlic. There are many variations, some including the use of a tomato, but the main ingredient is always basil. While there are no heavy creams in this sauce to send the Bittman scale rising, it would be quite hard to manage a high sauce-to-pasta ratio with pesto. It’s generally not very liquidy or full of chunky vegetables, but rather it provides a layer of flavor that clings to the pasta.

A simple tomato sauce, often infused with herbs such as parsley or basil, this sauce is very common in many pasta dishes served in America. In other countries, however, marinara sauce refers to a tomato-based sauce with seafood in it, as the word in Italian means coastal, or seafaring. Since there are so many ways to make the marinara sauce, it’s hard to judge how healthy it is on the Bittman scale. But, in his own demonstration, he used a tomato-based sauce with a variety of vegetables.

The sky is the limit for the kinds of sauces out there, from blue cheese to fish sauces; new sauces are being invented every day. So go out there and create a new sauce today, or be inspired by these additional recipes that didn’t fall into their own categories.