Some General Guidelines About Driving in Europe 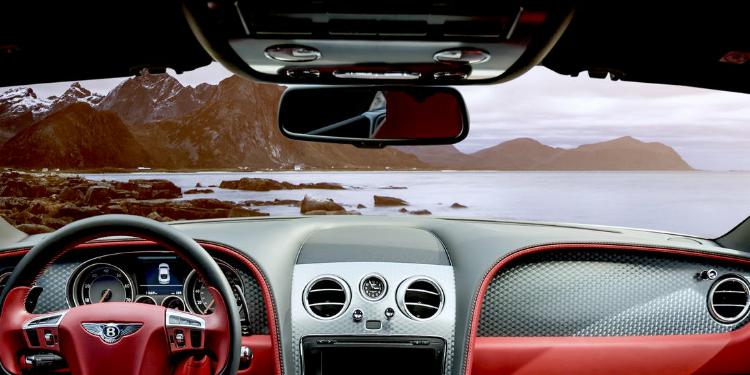 Driving in a foreign country can be daunting at first, especially when you’re unfamiliar with the driving rules in Europe, but driving is often a necessity for visitors renting a villa or apartment outside the major cities. Here, for your edification, are some general guidelines about driving in Europe.

When considering driving in Europe, the image that comes to mind for many of us will no doubt be something like the infamous driving scene in National Lampoon’s European Vacation: eternally trapped in a roundabout, surrounded by aggressive French (or Italian or British) drivers who won’t let the timid Americans out.

It’s true that driving in a foreign country can be daunting at first, especially when you’re unfamiliar with the driving rules in Europe, but driving is often a necessity for visitors renting a villa or apartment outside the major cities.

So unless you’ve managed to convince your companions that a full-time chauffeur is an answer to your European driving woes, you’re going to need a little help. Here, for your edification, are some general guidelines about driving in Europe.

Let’s talk first about “driver aggression.” Whether you’re driving in Italy, France, or England, drivers tend to be more assertive and quick-to-act than we are in the US. I once came across a website of a British woman who had visited America and marveled at the way everyone came to an orderly halt and waved each other forward at a four-way stop. Americans will know that this isn’t always the case in the US, but it does make the point!

When you start driving in Europe, you may find yourself feeling frustrated when someone “cuts you off” or fails to use their turn signal. However, because the pace of driving is faster in Europe, you’ve got to act more quickly. Often an opening between cars is only momentary, and if a driver takes the time to signal he’ll have lost his chance.

The key is not to hesitate. Don’t be reckless– use your signals, even if others don’t– but act quickly and don’t question yourself. Don’t be afraid to use your horn, either! It’s easy to become overly cautious in a new environment, but hesitation is likely to cause you more problems than anything else.

If you must drive slowly, however, be polite. When someone behind you flashes their lights, they are asking you to pull over and let them by. My advice? Do it! Being stubborn about your place on the road is considered incredibly rude, and if blinking is ineffective it will be followed by honking, cursing, or worse!

So now let’s take a look at that roundabout, most commonly encountered when driving in France. The most important thing here is to realize that cars already in the circle have the right-of-way, so you need to let them out. You’ll also need to wait for a break in traffic before you “go for it” and join the flow. The great thing about roundabouts is that you can, in fact, circle them as many times as you need, so if you miss your exit the first time, it’s okay.

Since the Union, European countries are now implementing a set of standardized road signs that you should be familiar with. Here are some common international road signs to watch out for while driving in Europe:

Parking is usually not a problem in more rural or countryside areas, but finding parking in London, Paris, Rome, or another large European city can be a major ordeal. Traffic is simply horrendous, and the majority of American drivers are just not prepared. My suggestion is to park in a garage on the outskirts and use local transportation within the city. You could search for a “free” parking spot, but these are few and far between. Finding one is also risky in an unfamiliar place since most parking is restricted to locals and police are quick to give tickets. Having a rental car makes no difference: even if you try to avoid payment, they will track you down. It might be one year, or it might be longer… but they will find you!

Wherever you’re driving in Britain or France, it’s a good idea to carry some cash. The reason for this is threefold: First, older gas stations may still be on a cash-only basis. Secondly, there are many toll roads, which you will need to pay for in cash. And thirdly, in many countries (France, for example) tickets are “on the spot,” which means that if you get pulled over the officer is going to expect you to pay him immediately! Hopefully, this doesn’t happen, but it’s good to be prepared.

Now that you’ve got a leg up on driving in Europe, be bold! European drivers may seem reckless and aggressive, but in fact, they’re accustomed to their way of doing things. So as long as you obey the rules, pay attention, and pull over when you’re asked, you should be fine.

Oh, and one last note to all Americans driving in Europe: NO RIGHT TURN ON RED!